Marunda Urban Resilience in Action Alliance (MURIA) is a project (collaboration between HOT, KARINA, Bina Swadaya Konsultan, Ewindo and Care International) with aim to strengthen capacity of community who life in the city – especially for poor and vulnerable – to prevent, absorb, accommodate and recovering it from the threat or disorder and pressure. Marunda is one of urban villages in North Jakarta where there are many slum areas with dense population and flood-affected area.

One of the activities in this project is aimed at mapping the field for data collection and making maps of the area so that the community living in the area can know the state of their territory .As for the objects that mapped of them public facilities , roads and housing ( as of kk ). This project’s mapping areas are RW 07 and RW 10, Marunda Sub-district.

The participants were quite diverse , ranging from residents of Marunda , staff from Sub-district of Marunda , staff from District of  Cilincing ,  BPBD Jakarta, and NGO .With locals involved in making a map, we expected information collected will be better and valid because it locals knows their territory, also is expected the map produced from this project will be a map derived from the community and to a community itself. 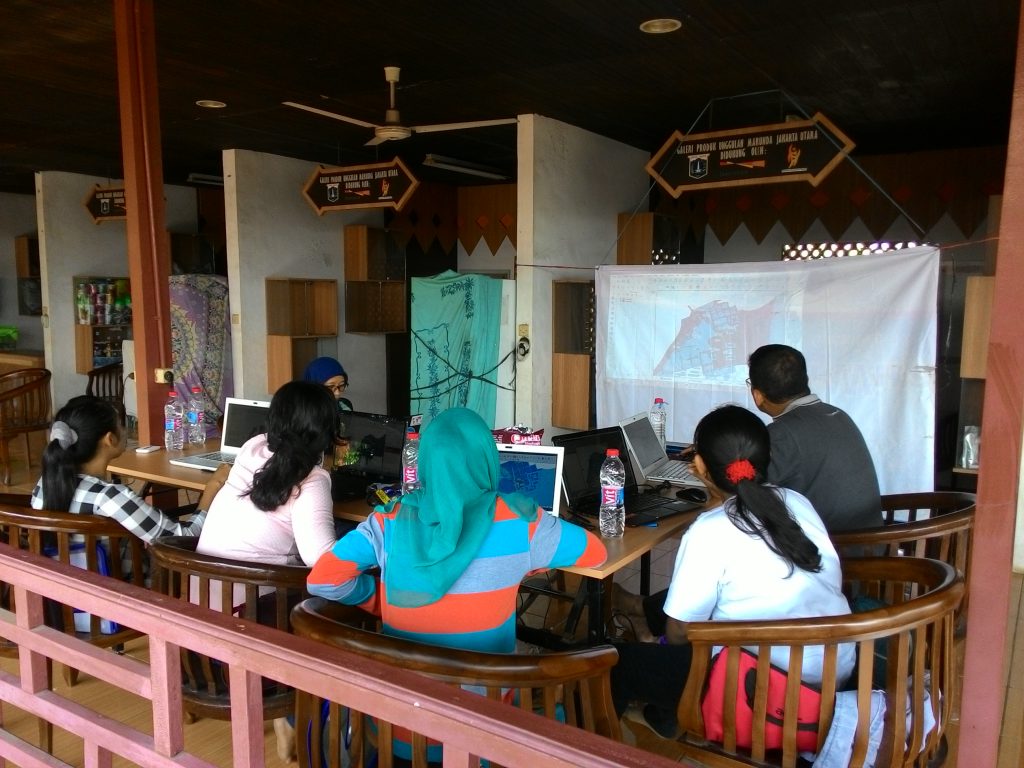