Lembaga Penanggulangan Bencana dan Perubahan Iklim Nahdlatul Ulama (LPBI NU) in collaboration with Humanitarian OpenStreetMap Team (HOT) Indonesia continue their partnership to conduct serial training to make a document of Disaster Risk Assessment. This was an advance training program based on the previous training, but still in the same serial of training. This program was conducted in two different location, Pare-pare, South Sulawesi on 10-14 April 2017 and Kudus, Central Java on 17-21 April 2017.

In the previous training, participants were given knowledge about collecting field data and mapping their area using OpenStreetMap. In this training, participants learned about QGIS and InaSAFE to make an impact scenario when a disaster happens. Participants also learned how to decide, collect, filter, and process a statistics data from Podes (a specific information about one village contain a lot of statistics data) to become a parameter that can be used to identify which area classified as high, medium, or low class of disaster.  All participants also learned how to make many disaster maps using available spatial data. 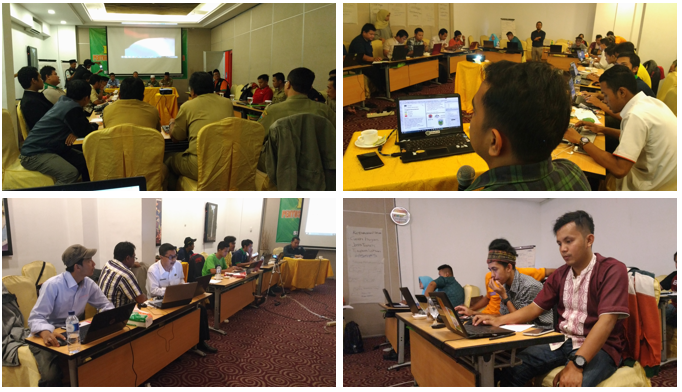 The training opened with speech and greetings from government and a local institution. On the first day, participants were given a concept and methodology about workflow on establishing a document of disaster risk assessment and the importance of this document. After that, they learned about 3 essential concepts on disaster risk assessment, capacity, vulnerability, and hazard. Next, they learned how to make a capacity and vulnerability data based on data Podes 2014. In order to do that, all participants were divided into a different group according to their kind of disaster. Each group needs to determine parameters that can be used to make a capacity and vulnerability data. All activity held for one day. 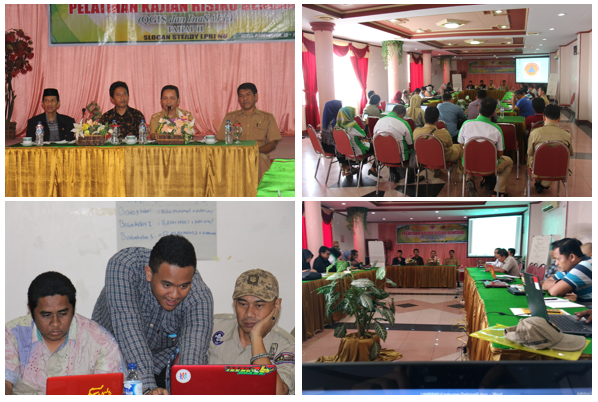 On the third day, participants joined all statistics data they made earlier with spatial data. they need to do this because this data required to make a risk map for each kind of disaster. Risk map made using Intersect feature in QGIS between capacity, vulnerability, and hazard data. Until this step, all participants succeeded to make a capacity map, vulnerability map, hazard map and also succeeded to merge and join those three kinds of data into one map called risk map.

After making a risk map, the participants were given a concept and little demonstration about how InaSAFE can be used to make an impact scenario of disaster. This learning session is very important, because all participants need this step to count and get numbers about affected things (buildings, peoples, land use, etc) so they can use numbers to analyze the damage and loss value (in currency) based on Standar Biaya Masukan (legal documentation about damage and loss valuation) in each district.

The next day, participants learned how to make a map using Map Composer in QGIS. The maps they need to make was a capacity map, vulnerability map, hazard map, and risk map that they already made before. Beside the map itself, they also need to make some kind of descriptive and narrative word that can explain about their map, so the reader can get more understanding about each map. On the last day, participants do some kind of group discussion to discuss the next step after this training end. Finally, this training was ended by the announcement of the winner of mini mapathon competition which has been going on since February 2017. 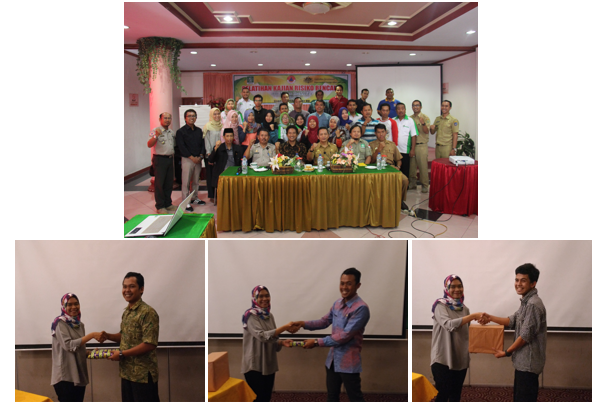