Putting Manado on the Map: #ManadoMapathon digitized over 60,200 Buildings and Roads.

The 32 participants of the Manado Mapathon came from the Regional Agency for Disaster Management (BPBD) in the Province of Northern Sulawesi, City of Manado, Northern Minahasa, Southern Minahasa, Bitung and Sangihe as well as students and lecturers from Sam Ratulangi University and the State University of Manado. The mapathon was also among the first series of trainings specifically designed for the 136 priority economic-hubs in Indonesia as stipulated in the National Medium Term Plan (RPJMN) 2015-2019. BNPB initiated to complete the spatial data for these areas, in order to minimize the damage caused by unwanted events, such as disaster, that may incapacitate the overall economic growth of the region. 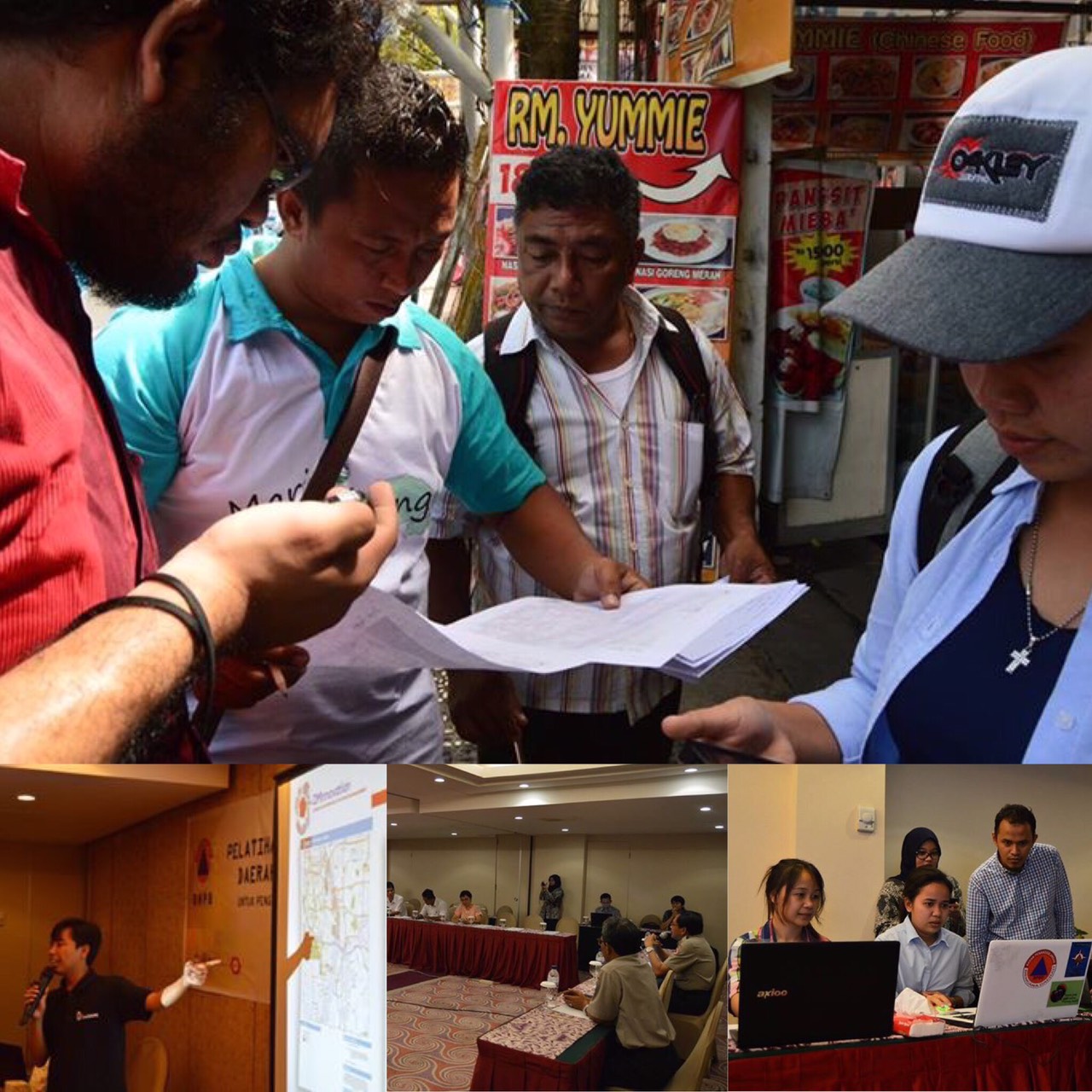 Activities in the Manado Mapathon, including field survey using GPS, OSM Tracker and Field Paper; digitizing buildings and roads; trained on how to use OpenStreetMap and InaSAFE.

One of the biggest predicaments to a swift humanitarian response–and economic development in general–is the lack of spatial data. According to Ir. Bernadus Wisnu Widjaja, M.Sc., BNPB’s Deputy I on Disaster Preparedness and Prevention, in his opening remarks, “spatial data is quintessential in helping policy makers to formulate, for instance, an accurate contingency planning in the event of disaster. When available, it can enable disaster managers in mapping out how to timely and efficiently dispatch live-saving resources and to allocate humanitarian aid; in the long term, the data can improve the overall city planning, including in mitigating and restoring from the damages”. “We can no longer use conventional means of decision making using merely memories and intuition, we need to make use of the development of technology and adapt accordingly,” said Wisnu.

While efforts to collect spatial data is not technically cumbersome, it needs time and sizable human resources to carry through. Mapathon is an event often used to gather, engage and mobilize mappers to collect and validate spatial data. It is one of the fastest ways to get people together to map and collect data of interests, including buildings, roads and POI.

Before and After #ManadoMapathon. Over 60,200 buildings and roads were mapped in 3 days.

We would like to extend our heartiest congratulations to the three winners and all the volunteers for their effort and enthusiasm in completing Manado’s spatial data necessary for the city’s planning on humanitarian response. The three winners will be contacted to receive a token of appreciation during a morning flag ceremony at 07.00 WITA, Thursday, October 13, 2016, in KONI (Komisi Olahraga Nasional Indonesia), Jl. Jendral Ahmad Yani, Sario Utara, Manado. The certificate of training can also be retrieved at this ceremony. All Manado Mapathon participants are kindly requested to attend.

Please check on the following for some of the photo documentation and below for a short video clip.